Home  »  General • News & Updates   »   Have we forgotten how to be human? 5 disappointing things the digital age has changed that we need to fix!

Well this is embarrassing… You now have an attention span shorter than a Goldfish. Yes you, you’re not alone though, it’s happening to all of us and it’s causing all sorts of problems with our work, love life and friendships…

So… what is with people’s patience these days? We want everything now; instantly; we hate to wait and yet we have trouble being timely; we have multiple conversations going on simultaneously – some face to face and some virtual…

Just recently, I was sitting with a friend and as I was talking to her and mid conversation, she lifted her phone and went on Facebook! I was shocked! I said, “Hey, if I was a pixel would that suit better to spend time with you?” It took 15 seconds before she responded! She was LOST in a virtual reality! Maybe you’ve had this happen or maybe you’ve lost yourself into a virtual world when you should be connected to a human one?

Whilst on this, what’s with people’s work ethic? We want lots of money and we want freedom to do what we want… Sorry but building a brand takes time and an ethical attitude to great work, results whilst under promising and over delivering. Recently I’ve had real trouble working with people who do a lot of talking but not a lot of walking… Attention to detail is dead and greed is on the rise. I call it “Unearned sense of entitlement”. Know anyone like this? Don’t send them my way… 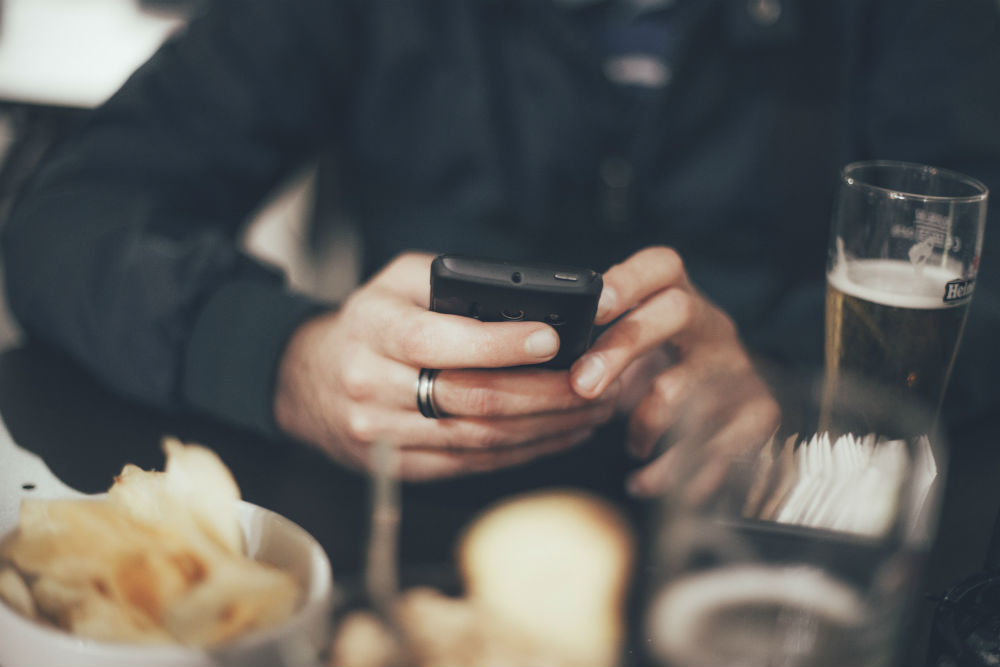 Look around you anytime you’re in a public space: most people will be at least partially involved with their device, and it doesn’t matter if they are with other people or alone. It’s not age-specific, either. We’re used to teenagers being face-down in their phones but an increasing number of adults can be found so absorbed in a virtual reality that they scarcely pay attention to what is going on around them! I’ve seen people walking, eating, conversing with the person next to them, shopping, “studying,” “working”, “dating”(quotes intended!), watching a movie… here one second and off into their virtual reality the next.

Beyond the problems of multi-tasking, which always seems to result in poor quality work, miscommunication, do-overs, and totally missing out on some experiences… there is the problem of communication.

Or, the lack thereof.

Our electronics were designed to make communication faster and easier, especially over long distances.

But their amazing ability to bring people together across oceans, also pulls them apart when they’re standing right next to each other. 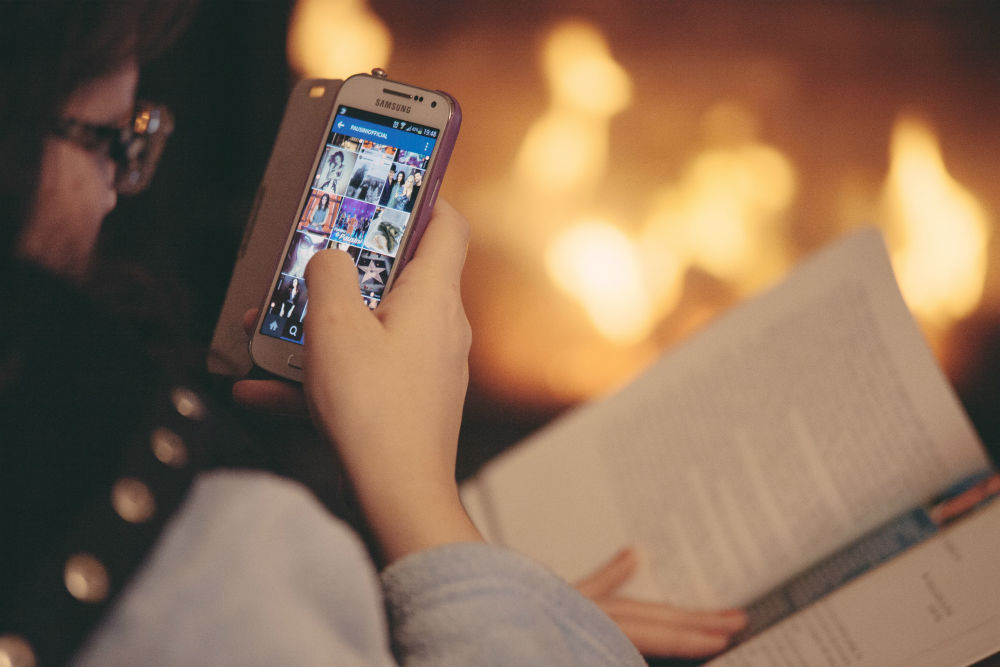 Here are some changes I’ve noticed over the past four years, and I’m sure you’ll agree, they’re quite dramatic.

1. Patience. We just don’t have it anymore. Electronics make things instant – well some things – and we’ve come to expect everything else to be instant as well. That’s not the real world, though. Maybe “instant” works in the virtual world, but we have to remind ourselves that in the real world, bread takes time to bake, it takes many hours to drive from Melbourne to Sydney, plants need at least a season to bear fruit, and if you want your document edited with a focus on quality, best give your editor some time!

2. Listening. It’s impossible to listen well, when we have our pings and beeps constantly reminding us that someone else is clamoring for our attention – instantly. We’ve gotten so used to prioritising whoever is trying to connect with us through our phones, that the poor person standing right next to us, is left standing around staring at the clouds until our attention is back on them! Rude, to say the least! And, we can listen to the words, but lose the meaning entirely, if we aren’t aware of body language, facial expressions, or intonations because we’re absorbed in something else.

3. Work ethic; or an unearned sense of entitlement. It’s taken me a long time to be doing what I’m doing, it didn’t happen overnight, and it wasn’t born out of “proving a point” or jealousy. It took hard work, a lot of study, and a hell of a lot of good will. In the early stages of my business, I outsourced a lot and used contractors. I have found more s**t people than good ones. Missing briefs then getting attitude about it when I ask them to fix it up after pointing out the obvious. People taking over a week to respond to urgent jobs and then wondering why I get rid and replace them with someone who can deliver. People lying about their abilities or job history. eh, the list goes on… And people wonder why they fail… WORK ETHIC PEOPLE!

4. Attention. Just like my story with my friend who got lost in the virtual world, attention to people around you is about having some respect for real people who can help or be with you right now. Not someone on Facebook or Instagram who couldn’t help you if you fell over.

5. Genuine care. In the absence of personal interaction, it’s easy to be more rude to someone. You have a buffer between you. The other person isn’t there for you to see the hurt on their face. They feel somehow less real, when they’re on the other end of your little rectangle. We’re always sharing things on Facebook about great causes or some horrible story… But what are you actively doing to make a difference? I don’t share anything on Facebook unless I am actively involved or have donated. In fact, most people wouldn’t know what I do to help others. I keep it to myself, because I genuinely care. Do something to genuinely make a difference. A pat of the back is great, but a hug for someone in need is better.

8. Customer service. I recently walked into a retail store. A well known one. It’s no surprise this retailer is shutting down… They’ve forgotten how to be human. The sales manager said to me whilst standing there looking for help “Do you need help?” I said “YES PLEASE!” and she walked off… I thought oooookay, maybe she’s gone to get someone else to help me… I was wrong. She never came back so I ended up helping myself. It was a really s**tty retail experience. At this point I should point out that there was myself in the store, one other customer who was leaving, and three sales staff. One of those staff members was on his mobile phone checking out his hair in the mirror. Businesses with exceptional customer service will thrive. Take Apple for example, do you ever feel ignored? I don’t. 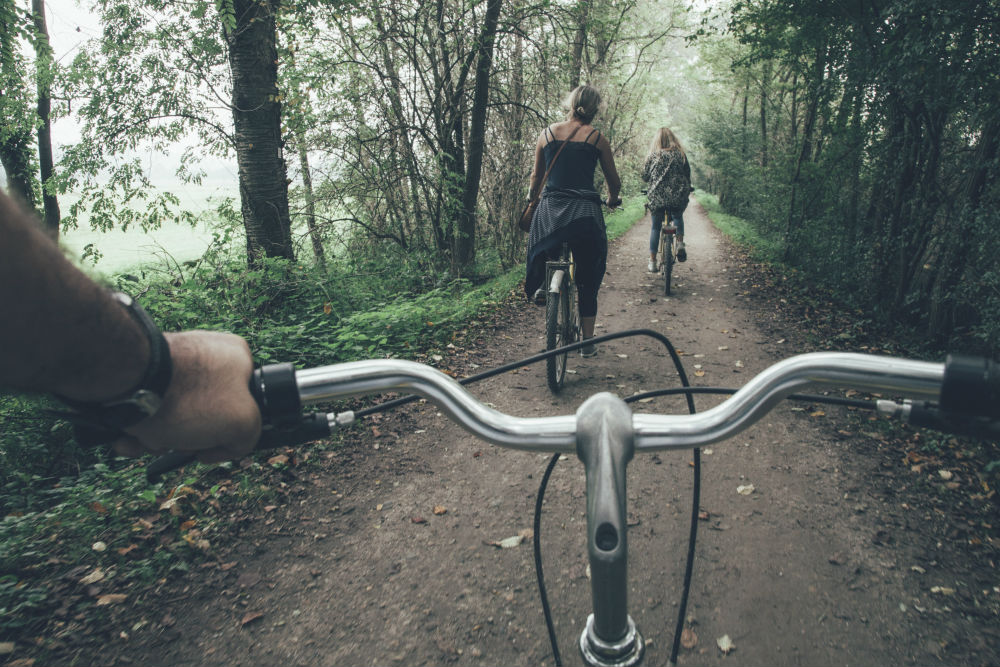 Here are 5 things you can do to bring humanity back into your life:

1. Turn it off. Whenever you’re in a one-on-one interaction with someone, take the initiative and do them the courtesy of turning off your phone so that you’re not tempted by it (unless of course you NEED to have it on at all times, such as if you are an obstetrician waiting for a mum-to-be to call you saying she’s in labour!)

2. Commit to absolutely NO electronics while you’re eating with someone, working, or anytime that distraction would diminish the experience of “what is here and now.” Set aside a time to check emails or social media – you don’t have to deprive yourself, just realise there’s a time and place for everything!

3. Train yourself to NOT be available 24/7. Just because a phone rings or a notification pings, does that mean you’re a trained monkey and have to immediately jump to answer (unless it’s an emergency)? You can choose when to allow interruptions. You are not subject to be at everyone’s beck and call all day and all night. It’s your life, your time, your choice. I purposely don’t charge my phone on a Friday until Sunday.

4. Insist on everyone putting their phones away during group dinners or parties. First one to look at their phone – if they truly can’t resist (AND it’s not an emergency) picks up the tab for everyone! Don’t hesitate to call people on it when they’re being rude to you by interrupting your conversation by checking their phones. Many are so used to doing it, they don’t even realise it!

5. Enjoy more social time! Invite friends over more than you communicate with them via electronics, to bring back the face-to-face connection that makes life so rich and meaningful. Cook together, walk together, play games and sports, watch movies, go have lunch… but let the rest of the world spin on its own, without your interaction. It will be fine. You will be fine. Savour the moment.