There’s nothing like a bit of healthy competition and there was definitely no shortage of that last night! After 28 days of hustling and hacking Academy Xi’s Growth Hack Idol hackathon has come to an end.

For those of you who have never spectated or been involved in a hackathon it is basically a competition where experts in tech and digital marketing go head to head to see who can create and implement a killer marketing strategy in a number of hours, days or weeks.

This time around it was a matter of days, 28 days in fact, and it was all about the golden child of marketing in 2017, Growth Marketing!! Teams were decided by audience members and were given one rule, you must execute an innovative and sustainable strategy on a $0 budget.

Who Were the Teams?

There is no doubt we were up against some impressive competitors! 28 days ago the audience was put to the task of assigning the non-for-profits with the marketing professionals. The final teams were:

Who Were the Judges?

We had a star-studded judging panel on the night who were given the difficult task of picking the winners.

So How Did the Night Roll-Out?

The night started on a great note with wine and nibbles courtesy of event sponsor The Telstra Foundation. After some very tasty finger food the team at Academy Xi got down to business and each of the teams was asked to present what challenges they had faced over the past 28 days, how their team worked together and most importantly, what results they achieved for their NFP.

The Alannah and Madeline Foundation / The Revery

Melbourne-based agency The Revery was set to the task of creating a digital presence for already well-established charity The Alannah and Madeline Foundation. The Revery started by reworking the foundation’s landing page copy and social voice to empower the audience with positive stories about resilient kids, instead of constantly pushing the tragedies of those stuck in vulnerable situations.

This empowerment led their new content strategy which saw them pushing out the perfect balance of emotive and useful content combined with quick, sharp, call-to-actions that provided simple steps for donation. 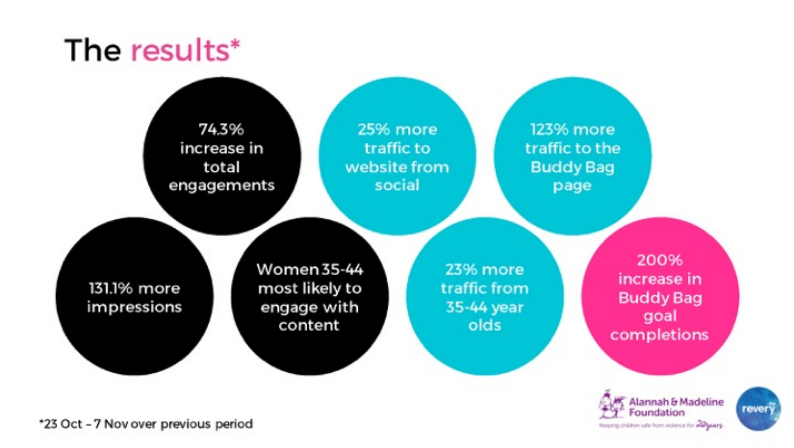 We teamed up with youth mental health advocates, eOrygen. Lucky we enjoy a challenge because not only did eOrygen have no branding guidelines or social media, their service had only be launched the day we started! We faced the challenge head-on reaching out to ambassadors on forums, LinkedIn, Facebook and more. We managed to get 34 ambassadors to commit to ongoing content and created a strong network of advocates who are ready to support the roll-out of the Moderated Online Social Therapy (MOST) service.

We had to hustle hard in the 28 days to create ambassador personas, put together a media pack and reach out to over 100 ambassadors! 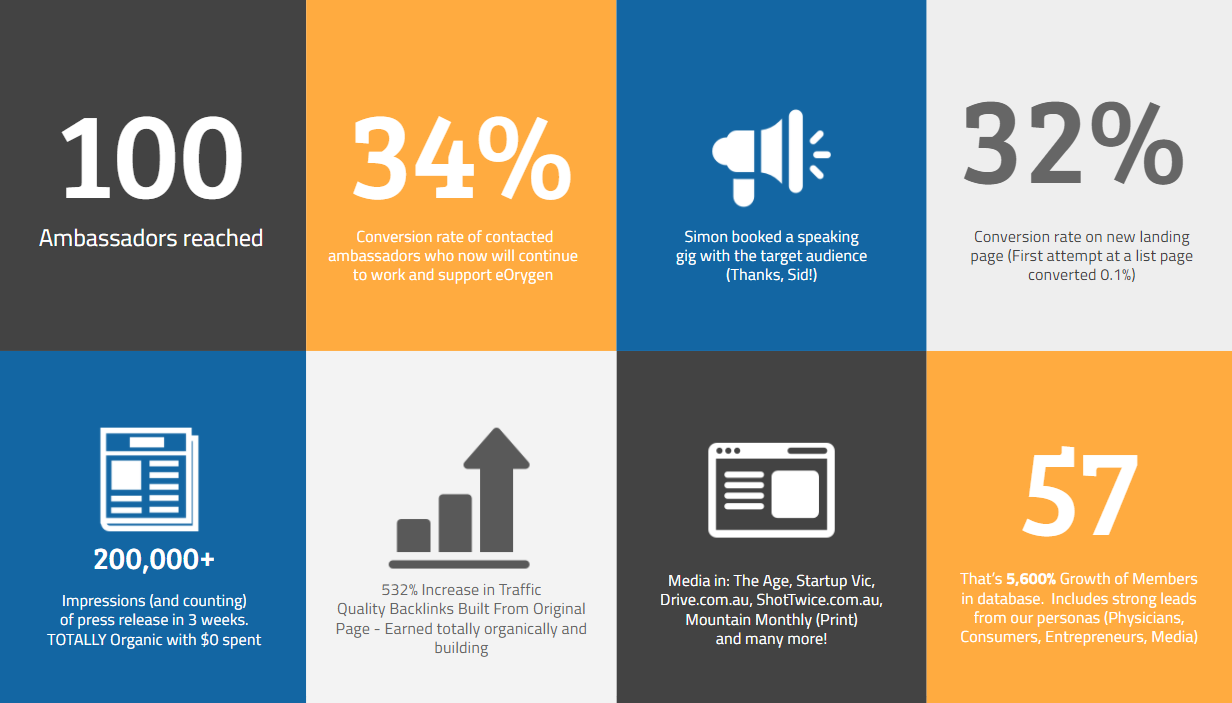 Start Out / The Mad Scientist

StartOut and Mad Scientist really hit the ground running and had already surpassed their target of $10,000 in donations by the second day! Their main focus was to increase accessibility to StartOut’s service for people living in rural areas which they achieved by capturing and sharing the life stories of young people of diverse sexuality and gender.

They worked to optimise StartOut’s website SEO and sharpen the call-to-action on the donations page. Thanks to some serious hustling from team member Justine Plummer they were able to get a mention from the PM in parliament!!

Everybody put in an enormous amount of effort and the winners are as follows.

The prize for the single most impressive metric was awarded to the Alannah and Madeline Foundation who were able to increase donations by 200% over the course of 28 days.

We are very humbled to announce the audience chose us as the team they think achieved the most growth and most closely delivered upon their stated goals. YAY!!

This prize was to recognise the greatest overall achievement through a weight of actions, hence the waterfall metaphor. This prize was won by The Mad Scientist and Michael McCash for their efforts to rack up over $17,000 in donations.

Justine Plummer was awarded the Best Individual Hack for her efforts to line up interviews with radio stations, speak with media and organise some pretty exciting things for StartOut in the near future.

A champion hacker (and Milk It Academy team member) by the name of Sid took home The Ultimate Hustler award for his efforts to land eOrygen’s developer Simon a speaking gig at a mental health night. GO SID!

To wrap things up we had an absolute ball participating in Academy Xi’s Growth Hack Idol and really enjoyed seeing how much you can achieve when you hustle hard with your growth marketing strategies…also what you can achieve on a $0 budget!!

Check out Academy Xi’s website to get involved in future events.